How many countries are there in the Americas?

America is shared by 35 countries (sovereign states) and several dependent territories (see the list below). More about the Americas

Population
An estimated 998 million people live in the Americas; [1] about 13% of the world population.
The most populous countries in America are the USA with 329 million people and Brazil with 212 million (in 2019).
(Source: UN World Population Prospects) Largest Metropolitan Areas
The largest cities in the Americas are:
São Paulo, Mexico City, New York, Buenos Aires, Los Angeles. 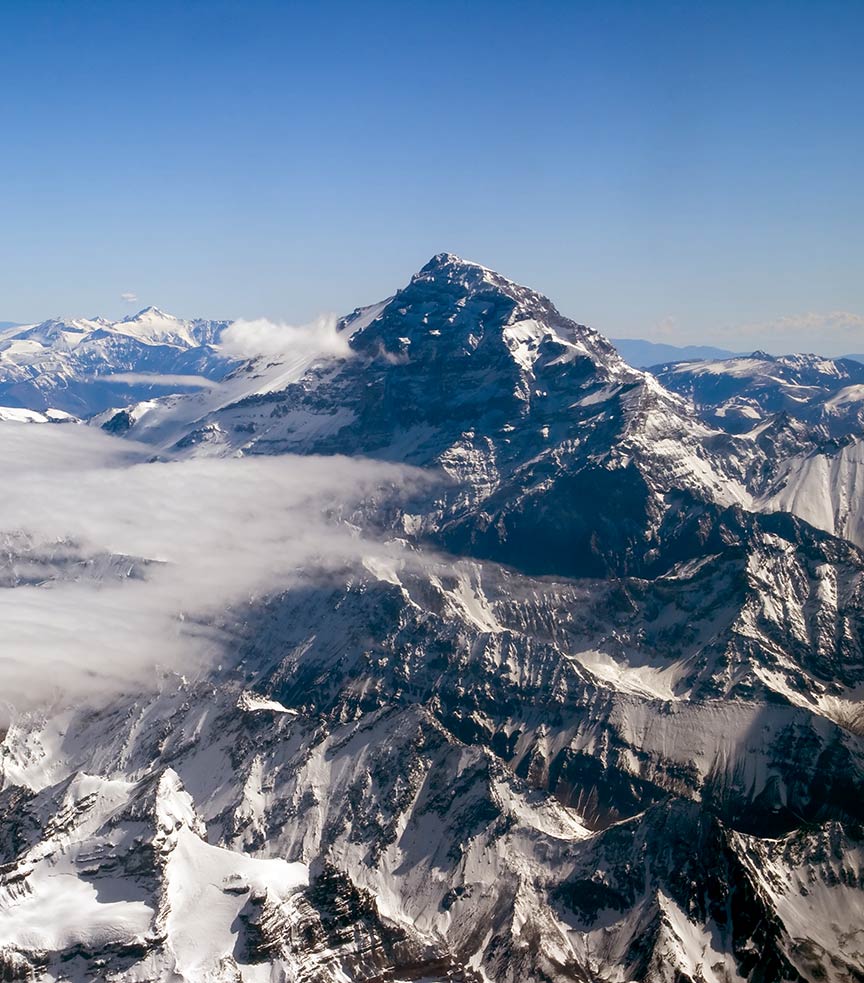 The largest lake in the Americas is Lake Superior. It is the largest of the Great Lakes and is shared by Canada and the US. With a surface area of 82,000 km² (32,000 sq mi), it is also the largest freshwater lake in the world.

The Pacific Coast Ranges, the Rocky Mountains, and the Andes are all part of the American Cordilleran mountain system, a series of mountain ranges stretching through North America, South America, and West Antarctica. 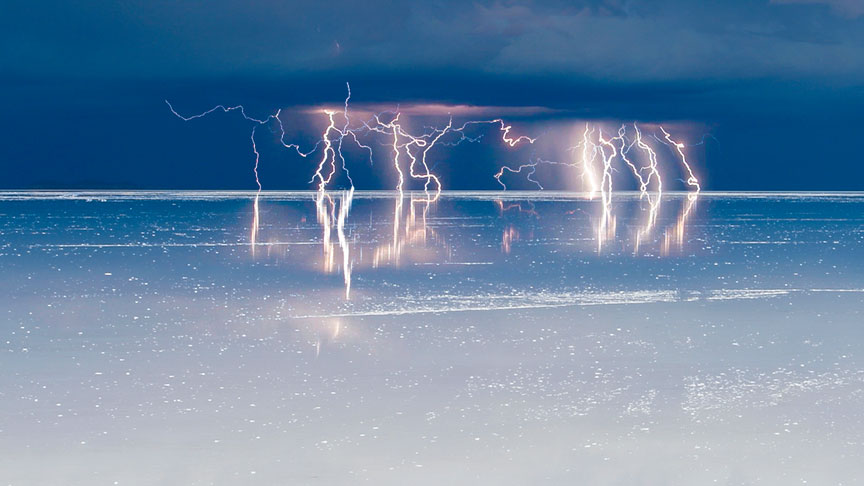 Lightning over Salar de Uyuni. The Salar de Uyuni is the largest and highest salt desert in the world. It is located in the southwest of Bolivia.
Image: Soumei Baba
Shields and Plateaus
North America
Allegheny Plateau, the Appalachian Highlands and the Appalachian Plateau, the Intermontane Plateaus with the Colorado Plateau and the Columbia Plateau, the Coteau des Prairies (in parts of South Dakota, Minnesota, and Iowa), the Missouri Plateau, the Ozarks, and the Yukon Plateau (Yukon Territory, Canada).

Major plateaus are the Altiplano (High Plateau in Bolivia) and the Atacama Plateau (mainly in Argentina), the Brazilian Highlands and the Mato Grosso Plateau (central Brazil), the Guiana Shield (one of the three cratons of the South American Plate) and the Guiana Highlands, the Pakaraima Mountains (mainly in southwestern Guyana) with Mount Roraima (at the tripoint of Venezuela, Guyana and Brazil).

There are several major lowlands in the Americas, as the Atlantic coastal plain along the East Coast of the United States and the Great Plains (part of the Interior Plains of North America), located in the US and Canada. South American lowlands are the vast Amazon basin (the Amazon drainage basin covers an area of more than 35% of the South American continent). The Pampas are fertile plains shared by Argentina, Brazil, and Uruguay. The Gran Sabana (Great Savanna) is an enormous savanna region in Venezuela, and Los Llanos (The Plains), an extensive tropical grassland plain in Colombia and Venezuela.

Superior, Huron, and Michigan are three of the Great Lakes of North America; they are among the largest freshwater lakes on Earth. With a surface area of 8,372 km². Lake Titicaca is the largest lake in South America.

Thousands of languages were spoken in the Americas before the arrival of the Europeans. The major languages spoken today in the Americas are based on Spanish, English, Portuguese, some French and French-based creole, and a few Amerindian languages.

North America or Northern America is the northern landmass of the Americas. The third largest continent on Earth covers an area of 24.7 million km² (9.5 million sq mi) and is situated in Earth’s western hemisphere. The United Nations geoscheme defines “North America” as consisting of three regions: Northern America, Central America, and the Caribbean.

The term Northern America refers to the northern portion of the continent. It includes the world’s largest island Greenland and the sovereign states of Canada, the United States, and Mexico.

The Caribbean, sometimes also referred to as the West Indies, are the islands and archipelagos in the Caribbean Sea southeast of the United States and north of South America. The Caribbean region borders the Gulf of Mexico in the west, the Florida Straits in the north and the Northern Atlantic Ocean in the east. The largest islands in the Caribbean are Cuba, Hispaniola, Jamaica, Puerto Rico, and Trinidad.

In 2019 an estimated 44 million people live in the Caribbean.

The term Central America refers to the land bridge between the continents of North and South America; it borders the Pacific Ocean in the southwest and the Caribbean Sea in the northeast.
There are seven countries in Central America namely Guatemala, Belize, Honduras, El Salvador, Nicaragua, Costa Rica, and Panama.
In 2019 an estimated 182 million people live in Central Americas.

South America’s mainland is shared by twelve sovereign states and one overseas department of France (French Guiana.) In 2019 an estimated 432 million people live in South America.